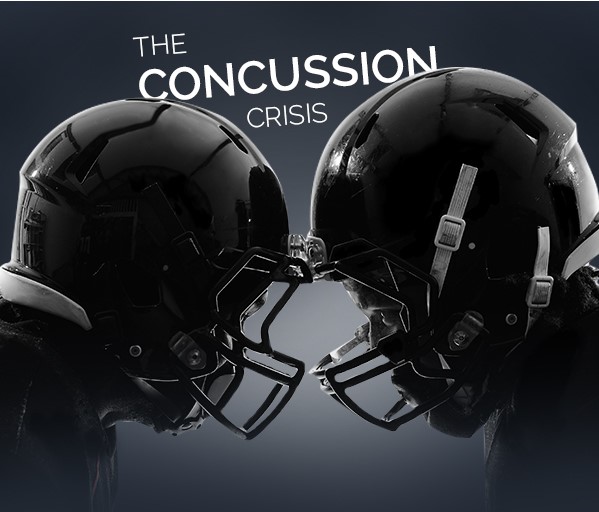 In recent years, NFL injuries have been front and center in national conversation.

Folks have long suspected that continually hitting your helmet against an opponent’s helmet was bad for your brain. Those fears were validated in a recently released study by the researchers at Boston University. They found chronic traumatic encephalopathy (CTE), a disease believed to result from repetitive head injuries, in 131 brains out of the 165 brains studied. All brains came from former football players who played at the high school, college or professional level.

Despite the existence of this data — and the NFL concussion lawsuit, wherein a judge awarded up to $5 million to former players who are suffering from their NFL head injuries later in life — there were more concussions in the NFL during the past season than there were in the previous three.

A possible cause of the concussion crisis is teams’ focus being able to play and win right now. The players’ health later in life doesn’t affect their ability to play now and contribute to a team’s victory. Winning teams fill stadiums and sell ads. The NFL is a lucrative business after all.

When a player tears their ACL, for example, they’re usually done for the season. (Case in point: Arian Foster) When players get rehabilitated after a long-term injury, teams are incentivized to exercise more caution during their return — the last thing they want is for someone like Foster to come back to practice only to tweak his legs immediately thereafter. It can take a long time to come back from such injuries, anyway.

On the other side of the coin, players get concussed weekly. And even suffering a concussion on Sunday doesn’t necessarily prevent you from playing in the next week’s game (see: Ben Rothlisberger and the Steelers vs. the Colts in December) or even on the next play (see: Case Keenum vs. the Ravens).

Sure, a player may be able to move around normally and not be in any noticeable pain after recovering from a concussion. But the long-term dangers should be enough to convince the league to exert more caution over the status of players suffering from these serious head injuries.

For its part, the NFL says it’s going to study why NFL concussion statistics increased so drastically during the 2015 campaign. That’s a good start but it’s hard to see such a sentiment as anything more than lip service — particularly with the NFL’s lackluster approach to the subject to date.

As it stands now, players are more worried about having painful broken bones in their feet than concussions. Professional athletes, by their very nature, are competitive. If they feel fine a few days after a concussion, it’d probably be next to impossible to convince them to take a breather on the sideline.

That doesn’t mean the league couldn’t force them to sit on the sideline to help them function like normal human beings for the rest of their lives — after they retire following an average 3.5-year stint in the league.

In any case, it appears that no NFL team can make it to the Big Game without sustaining a slew of injuries, including the Denver Broncos and Carolina Panthers who are set to face off this Sunday. Check out the data for yourself.