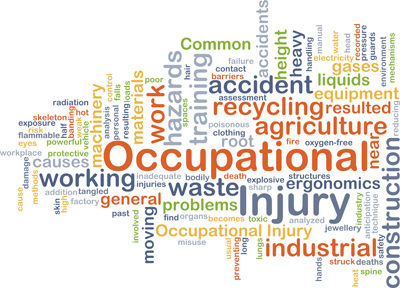 According to the United States Bureau of Labor Statistics (BSL), over 1 million non-fatal workplace injuries requiring days off occurred in 2013. The total number of non-fatal occupational injuries overall in 2013 nearly broke the 3 million mark.

Although this marks a decrease in incidents compared to previous years, at KBG we know that those numbers are far too high and we’ve seen the devastation workplace injuries can cause for those involved.

In order to bring awareness to workplace injuries, we’ve decided to highlight some key statistics that paint a clearer picture of occupational injuries and workers’ compensation benefits.

Other Important Facts about Workplace Injuries

Have You Been Injured at Work?

If you have been injured at work, or have suffered retaliation from reporting an injury on the job, speak to a law firm with experience in workers’ compensation cases. KBG Injury Law is the largest workers’ compensation law firm in central Pennsylvania with attorneys who treat clients as people. Contact us 24/7.