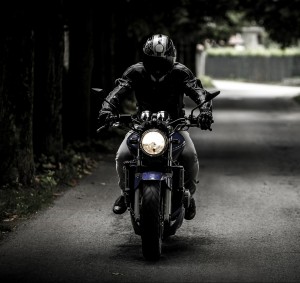 Motorcyclists are on the road everywhere. While you may think wearing a helmet should be common sense, often you’ll find that many of them choose not to wear one.

Depending where you live, those motorcyclists aren’t necessarily breaking the law. Many states have become more lenient on helmet laws since the first law was passed in 1967.

This  infographic highlights the change in motorcycle laws from 1967 onward until 2015. Has helmet law leniency resulted in a higher loss of lives? Which states have become safer, and which have become more dangerous? 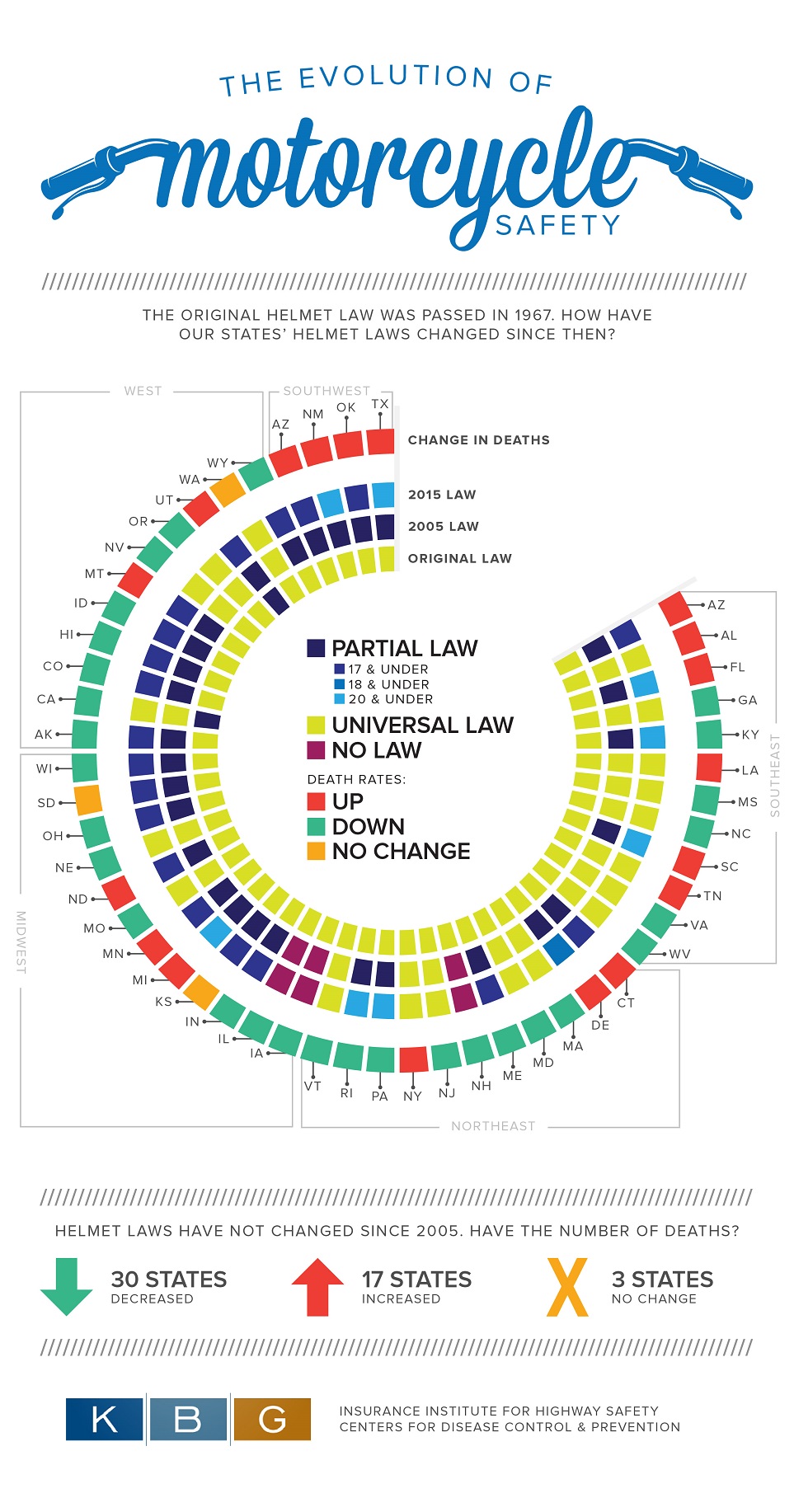 It’s Not a Safe World Out There

According to the most recent data from the Insurance Institute for Highway Safety (IIHS), 4,381 American motorcyclists were killed in traffic accidents in 2013. That’s 13% of all deaths involving motor vehicles for the year.

The same data projected that motorcycle deaths were more than 26 times more likely to occur than automobile deaths per mile traveled. Right now, Iowa and Illinois are the only two states that have no helmet law whatsoever. The rest of the states either have a universal law or a partial law.

The oldest and most recent data from the IIHS, which spans the years 2005-2013, indicates that helmet laws, in general, have become more lenient overall. This study aimed to find out if these lenient laws have resulted in fewer accidents.

The study also zeroed in on the 30 states that made their laws more lenient, and found the following:

Finally, the study focused on the 19 states that have not changed their laws.

Only 1 state, California, has cracked down on helmet laws. As a result, they reported a decrease in motorcyclist deaths.

The study shows that the groups of states that had lenient or unchanged laws actually reported bigger decreases in deaths than increases. The increases in deaths, however, were not too far behind.

It’s also important to note that the only state with strict helmet laws, California, saw a decrease in deaths.

Whether lenient laws have led motorcyclists to ride more carefully without a helmet remains to be seen, but these surprising results show that laws might not have as much of an effect as one would think.