Home / Blog / Q&A with Drew Gannon: What to do if injured in another state for work 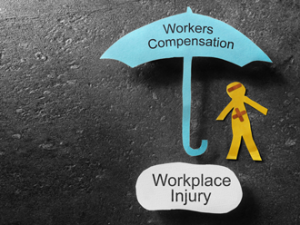 Drew Gannon, a certified Pennsylvania workers’ compensation specialist at KBG Injury Law, talks about what you should do if you experience an on-the-job injury while working in another state.

Am I covered under workers’ compensation if I am injured at a jobsite in a different state?

Yes, you should be covered even if you are injured out of state. The issue will be whether the laws of Pennsylvania apply, or the laws of the state in which the injury occurred apply. Pennsylvania generally has a more favorable workers’ compensation system for injured workers and therefore if your claim can be processed under the Pennsylvania Workers’ Compensation Act you will likely be better off. There are many factors that determine jurisdiction, but generally these rules apply and would provide Pennsylvania jurisdiction:

It is recommended that you consult with a workers’ compensation lawyer if your injury occurred out of state in order to determine your best course of action.

What happens if I am injured while traveling to a new jobsite?

Under the “going and coming” rule, workers’ compensation typically does not cover injuries sustained during your commute to or from work, whether your commute is local or across state lines. There are some exceptions to this rule, such as:

It is imperative to speak with a qualified workers’ compensation lawyer if you have been injured during one of the above circumstances and your claim was denied.

Are the steps different for filing a claim out of state?

Most states have two different deadlines when it comes to filing a workers’ compensation claim — notifying your injury or illness to your employer and filing for benefits. These deadlines vary from state to state, so it is important to determine the state in which you are filing.

For example, in Pennsylvania you have 120 days to notify your employer after your injury or illness occurs but the best practice is to notify your employer immediately. Once an injury has occurred and timely notice has been provided, an employee has three years in Pennsylvania to make a claim for benefits (or 300 weeks from the last exposure for occupational diseases/illnesses).

Where do I file my claim if I have been injured out of state?

You may have an option or choice of jurisdiction when pursuing a claim depending on several factors. As noted above, each state has different laws with respect to workers’ compensation benefits. It will be important to compare the benefits provided by each state to determine which jurisdiction will be most favorable. In general the factors affecting jurisdiction include:

Knowing the deadlines for where your injury occurred and the state you were employed in, is an important step on deciding where to file your claim.

Can I get benefits in multiple states?

While you may file for benefits in both states of your injury and where you were hired, your benefits might offset each other and generally you cannot collect benefits simultaneously. If benefits have been exhausted in one state, but another state would have provided additional benefits, then a claim can be pursued for those additional benefits.

Being injured on the job is already a stressful time. Being out-of-state and being injured causes another level of frustration. If you or a loved one has experienced a work-related illness or injury and been denied a workers’ comp claim, contact KBG Injury Law. We will fight to get the Results You Deserve®.