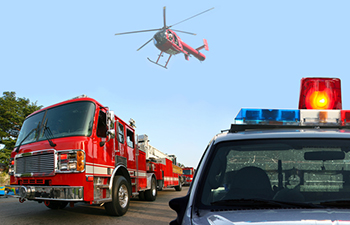 Approximately 30 percent of first responders develop behavioral health conditions including, but not limited to, depression and post-traumatic stress disorder (PTSD), sometimes referred to as post-traumatic stress injury (PTSI). Being the first to arrive on scenes, continually facing dangerous situations and providing emotional and physical support to survivors are just some of the reasons first responders face a greater risk of behavior health conditions and increased incidences of suicide and suicide attempts.

Yet, our community is dependent upon the services our firefighters, police officers and emergency medical technicians (EMTs) provide daily.

Across the nation, lawmakers have proposed — and some states are passing — legislation that would provide workers’ compensation benefits to first responders in need of PTSD recovery and treatment.

Certified workers’ compensation attorney Drew Gannon talks below about the changes nationwide and the plan that has been proposed in Pennsylvania.

Why has there been an increased need for PTSD coverage for first responders? What has caused this shift to include it in workers’ compensation nationwide?

Sadly, within the past few years, first responders have witnessed some truly traumatic incidents. We can think back to 9/11 and those New York City responders, many of whom died, just trying to do their jobs. We can remember the Boston Marathon victims and the videos we saw of first responders rushing to help them. We can also remember the mass shootings, whether in a movie theater, at a concert venue or in children’s schools.

These are the type of tragedies that no person should have to witness in their lifetime. Yet, first responders are there every time to help bring people to safety, find victims and comfort families.

That being said, most workers’ compensation laws were developed during the time of the Industrial Revolution, before terrorist attacks and the type of mass shootings we’ve experienced in the past few years. Lawmakers have rightfully recognized a need for a change and an understanding that not all injuries are physical. Behavioral or psychological injuries lead to strains on families and oftentimes suicide.

What are states doing to address the need for psychological help for first responders?

Ultimately, the good news is that lawmakers have recognized this need and are doing something about it. States like Colorado, Florida and most recently Idaho have passed laws to include PTSD coverage for first responders.

In Pennsylvania, HB432 has been introduced “to expand post-traumatic stress injury benefits for first responders.” First responders in this bill include: police officers, firefighters, EMTs and paramedics. Under the bill, these first responders would be compensated for the behavioral health injuries that stem directly from their employment or after four years of service, regardless of whether the psychological injury is accompanied by a physical injury. This is an important distinction as oftentimes psychological injuries that stem from physical injuries are currently covered under workers’ compensation.

Our hope at KBG is that psychological injuries are taken seriously for anyone on the job, but especially for the first responders risking their lives and witnessing traumatic incidents every day. If you are near York County, the Safekeepers Shrine at Prospect Hill Cemetery is a moving tribute to our local first responders. KBG was proud to help sponsor this memorial “Remembering some … honoring all” as it is our duty to fight for not only injured first responders, but also the families of those who have passed away in the line of duty.

If you’ve been injured or experienced the death of a loved one due to someone else’s negligence, contact KBG Injury Law. We’ll fight to get you the Results You Deserve®.