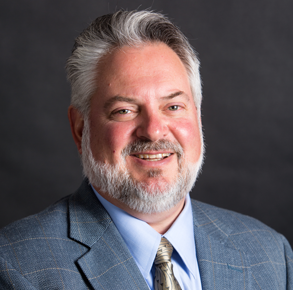 Just last month, the U.S. Department of Labor released a report that recommended a federal role in the workers’ compensation system. The role would involve creating federal standards with which each state’s workers’ compensation systems would be required to follow. To date, the only attempted federal intervention was the creation of a federal commission in the early 1970s that made a series of recommendations; however, the commission had no authority to enforce its recommendations.

As state benefits dwindle, more costs are placed on injured workers, their families and communities. Other social benefit systems, such as Social Security, Medicare and public assistance medical benefits, oftentimes end up being responsible for these costs. “There is growing evidence that costs of workplace-related disability are being transferred to other benefit programs, placing additional strains on these programs at a time when they are already under considerable stress,” the report reads.

A strong workers’ compensation system helps to keep our economy thriving and provides necessary benefits to employers and their families.

How would a federal oversight system differ from the current workers’ compensation system?

Under the current system, each state’s workers’ compensation laws are completely independent. There are no nationwide regulations which identify minimum standards.

Now, there was a federal commission empaneled in the early 1970s that made multiple recommendations. The commission identified 19 minimum standards that each it believed all 50 states should have enacted by 1975, but unfortunately the commission did not have any power to enforce its recommendations.

If a federal workers’ compensation oversight system was set up, how would the rules be enforced?

That would have to be determined by the federal government. Presumably a federal agency would be created to enforce it, much like the Occupational Safety and Health Administration or the Food and Drug Administration. Both have the authority to inspect facilities, track violations and issue fines or other forms of punishment when guidelines are not obeyed.

Would states continue to have their own laws as well?

For Pennsylvania specifically, do you think it would be in the employees’ best interest to move to a federal workers’ compensation oversight system?

It’s hard to say because you don’t know for certain what regulations the federal government will recommend.

In reading the article, looking at what the 1970s commission established and the overarching reasons for creating that commission, it appears that they are concerned with the best interest of the worker.

Over time, state laws have eroded in favor of employers, and today, workers’ benefits continue to be pared back. Some of these benefits include the employees’ right to choose their treating physician and limitations on payment of medical bills. While some limitations are certainly necessary, some doctors are now refusing to treat workers’ compensation patients because they do not find it profitable to do so.

What is interesting – there is an appendix in the report (page 29) that compares state by state, the number of recommendations set by the 1970s commission that are being followed.

In 1972, Pennsylvania met eight of these recommendations; in 1980, 13; and in 2004 (the most recent data in the chart), 13.75. The average compliance by states is 12.84, so Pennsylvania is above average. There are 14 states with better compliance than Pennsylvania and four states equal with Pennsylvania.

So overall, when you compare Pennsylvania to other states, we’re not doing too badly and if, for example, the new federal commission were to suggest that only 11 of the previous 19 recommendations be enforced, then this could result in a worse system for Pennsylvania workers, as state legislators may change the Pennsylvania Workers’ Compensation Act to only meet the minimum requirements set by the federal government. In other words, minimum standards are only good if you are not already at or exceeding those minimums.

You’ve talked in the past about employers who are working to change state systems and allow employers to “opt out” of workers’ compensation. Do you think federal regulations would likely help to deter those efforts?

I think if there were federal guidelines instituted, it would push back on opt-out systems. That would be one of the benefits of a federal oversight system.

To contact Dean or another one of KBG’s certified workers’ compensation specialists, call (717) 848-3838 or use this form to schedule a free consultation.