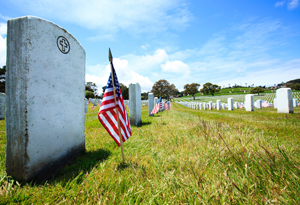 On April 28, labor unions across the U.S. will gather to remember those workers who have died on the job, recognize the families and communities who have lost loved ones on the job and recommit to safer and healthier workplaces for all workers.

In Pennsylvania, Workers’ Memorial Day events will take place from Philadelphia to Pittsburgh and Pittston. The events will remember lives lost, but also call for defending workers’ rights to safety.

Our local AFL-CIO unions will hold the following events:

In 2014, the most recent year with data available, nearly 4,700 workers were killed on the job by traumatic injuries in the U.S. and an estimated 50,000 to 60,000 workers died from occupational diseases in the U.S., according to AFL-CIO. More than 3 million injuries and illnesses were reported in private-sector workplaces across the U.S. An additional 722,300 injuries and illnesses were reported among state and local public employees.

This means, according to the AFL-CIO, “on an average day, more than 10,000 workers are injured or become ill because of workplace hazards, and 150 workers lose their lives as a result of workplace injuries and diseases.”

These numbers are simply too high, with some groups of workers facing a much greater risk of injury and death than others.

As we mark Workers’ Memorial Day, we urge Pennsylvanians to educate themselves on current working conditions.

If you’ve experienced a workplace injury or have lost a loved one on the job, contact KBG Injury Law. We’re here 24/7 to get the Results You Deserve®.